Dia Mirza shared a bond together forever officially with Mumbai-based businessman Vaibhav Rekhi. The wedding was a compact one by having some close friends and family members by her side. Dia wore beautiful red Banaras saree with golden embroidery. The outfit looked more pleasant with traditional accessories that an Indian bride. 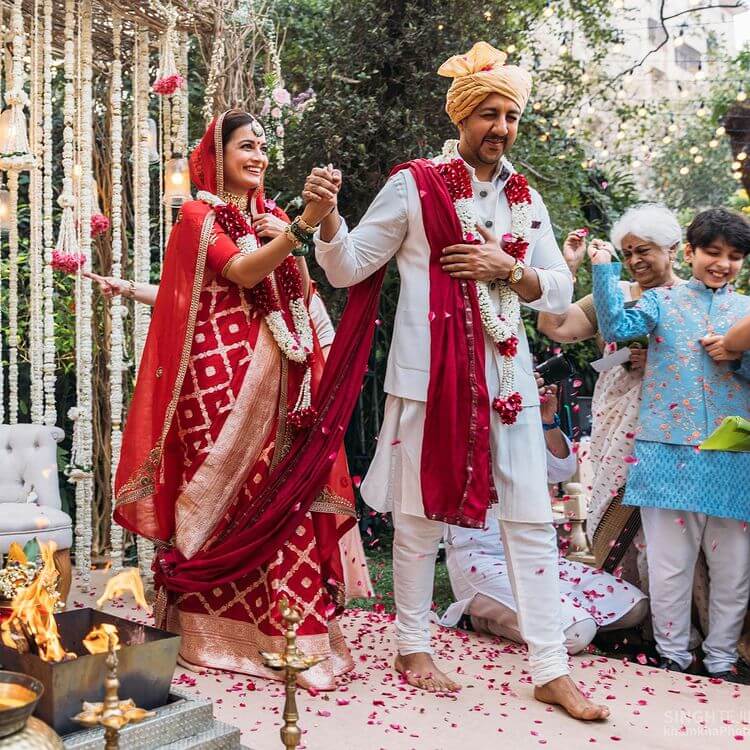 The couple even distributed sweets amongst media. The pictures of wedding rituals took rounds on social media. The wedding day was celebrated at Dia’s residence in Bandra. The entrance was decorated with white and pink flowers co-ordinating the garden areas.

As a bride, Dia steals the internet. During her rituals, Dia was seen wearing a red dupatta with Golden border that just gave a pair with her saree. 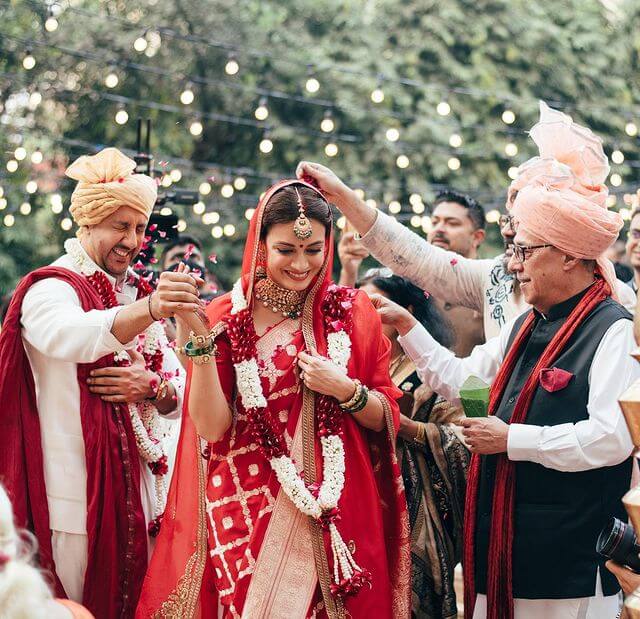 Even being at a close wedding with less than 50 invitees, Actress Aditi Rao Hydari and actor Kunal Deshmukh were spotted. As per reports Jackky Bhagnani, Gautam Gupta, Malaika Arora, Zayed Khan, and Rajkumar Hirani were also spotted.

Shah Rukh Khan’s manager Pooja Dadlani who seems close to Vaibhav posted on Instagram stating “ Welcome to our crazy family Dia and added with We all love you”. By dropping a heart emoji in the comment section, Dia reacted to the post. 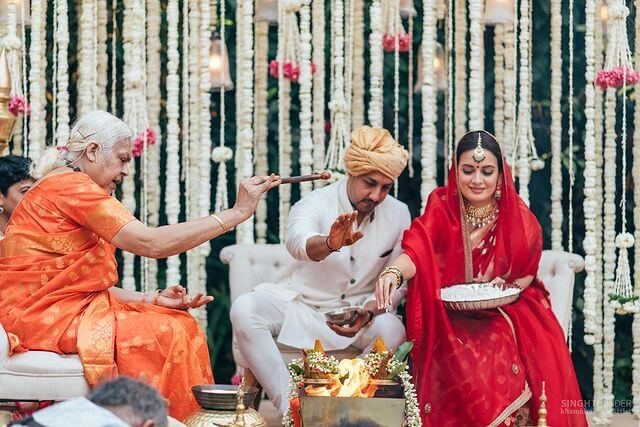 The wedding festivities took place at Vaibhav’s Pali Hill Residence. Dia wore a beautiful white dress for her bridal shower. Earlier on Monday morning, she took a picture of her Mehendi in which she tattooed “Pyaar (Love)”.

Dia debuted in film Rehna hai Tere dil mein and lastly, she appeared in Taapsee Pannu starrer film Thappad and is going to grace the Telugu film Wild Dog next.

Mirza was married to Sahil Sangha for 11 years and they parted off mutually in 2019 while Rekhi was married to Yoga and Lifestyle instructor Sunaina Rekhi. This couple shared a daughter together.